(Not at all final cover) 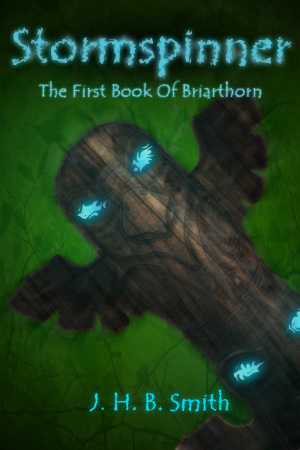 So, there’s been a few  updates around here – not least of which is that link above to Books. Everything else can be found from there, including pitches and longer descriptions of my various works, as well as my amateur attempts at temporary covers for them, some of which can be seen in this post.

People may be particularly interested in reading an excerpt from my epic fantasy Spellforged, which can be found here. It’s the first chapter, so hopefully it’ll be just the thing to whet your appetite for a world of sentient stars, songs that can bend wind and flame, and of course the Infinite Sea from which the book series takes its name.

Most importantly though, I’ve finished my first draft of Bridged, the sequel to Scaled which was a runner up for the Bloomsbury/National Literacy Trust New Children’s Author Prize 2015. Now the arduous process of editing begins, which is bad, but also I get to start working on something new, which is great! I may or may not put down some details here soon about whatever I settle on.

This was the trigger for making this little site – it seemed time. For the moment this’ll be seen by basically no one. Maybe in future that’ll change.

Now to the horrible process of waiting for the hammer of decision to come down one way or another. June can’t come soon enough!